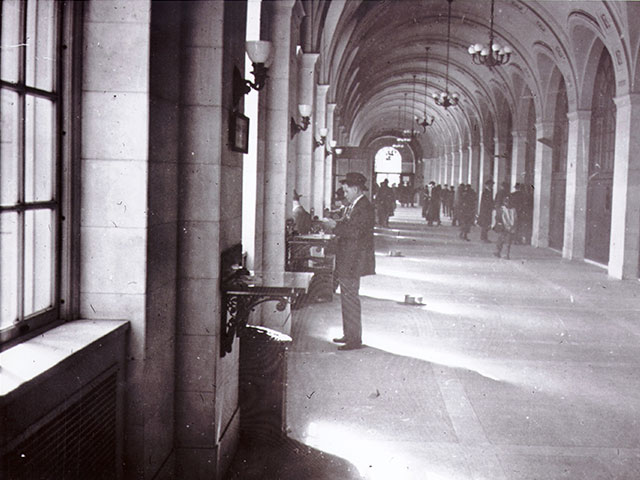 This grand hall and entry retains many of the features originally a part of the Post Office’s main lobby. The wood and glass main entry vestibule has been enlarged, but retains much of the flavor as the original, using a combination of the original design and new materials. The floor of the lobby was originally inlaid with marble and terrazzo (marble chips set in cement and polished) was repaired with new terrazzo and marble, matching that of the original materials. The vintage late 1800s Victorian chandeliers are recreations of the originals based upon historic photographs. 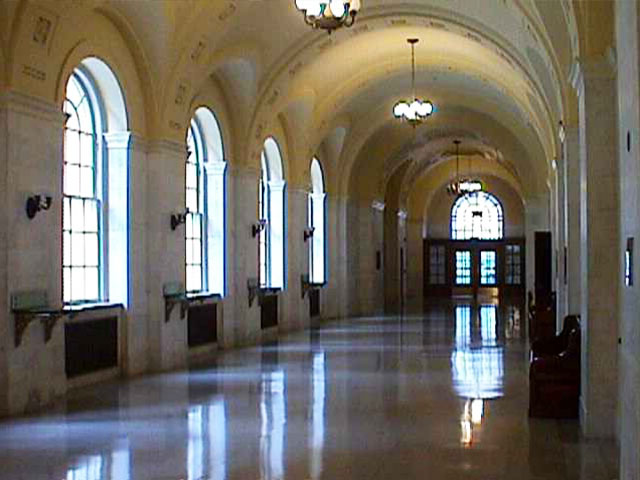 A majority of the interior wall along the lobby originally contained post office boxes, which over time was renovated to include the Post Office’s public counter and then upon the renovation of 1994 now includes entries to two new courtrooms and the reception area of the court clerk’s office. A section of post office boxes remain to carry through the original purpose of this lobby. The exterior wall along the lobby has been restored, including the recreated post office’s glass-topped writing ledges.

The two free-standing writing tables in the lobby were originally located near the money order division of the old post office in a lobby along 19th Street, which now houses the Byron White Historical Display. The original dark red, black and white-veined pedestals were found in the basement’s storage vaults after the renovation of the post office courthouse in 1994. Their recreation was a result of collaboration between a GSA building manager and a court employee, researching historic photos and drawings and finding pieces of the bronze bean pod filigree, bronze rosettes, and pieces of black glass. They designed, specified, and contracted with a foundry craftsman in Tulsa, Oklahoma to recreate the tables as closely as possible. This craftsman pointed out that,at the time of the building’s design and construction, architectural details and ornamentation were shared and incorporated throughout. Notably, the floral embellishments of the brackets along with the decorative bean pods and rosettes of these tables are also found in other architectural details of this post office courthouse. 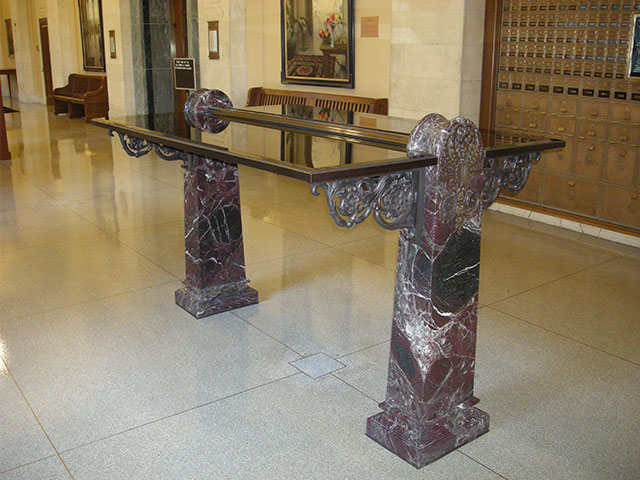 The Grand Hall is completed with two lobbies serving the historical 18th and 19th Street Hallways, winding marble and brass stairways, and elevators. These lobbies display four canvas murals of Hermann Schladermundt, completed in 1918. The Tenth Circuit Historical Society and the Court of Appeals in partnership with the GSA are using the two Hallways to provide historical displays of Justice Byron White and of the Tenth Circuit’s history for public awareness and education.

Materials were chosen to reflect the dignity of the court, and with respect for the original design and character of the building. The pendant lights throughout the public corridors and the courtrooms are related in form to lights used in public structures in the early 1900s. 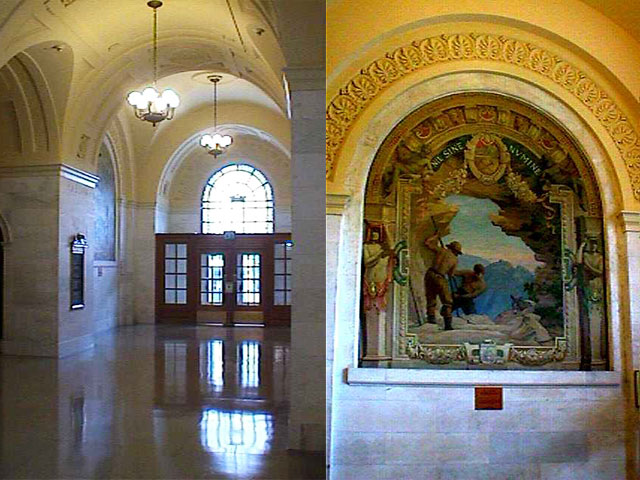